Mod has been removed.


This is has the "Extras" game mode HUD from the Fallout 3 version combined with the FNV version menus (companion wheel menu, trait menu, recipe menu, etc), along with bugfixes.

It also contains a scripted keybind (default "R") to exit terminals, since the game has a button for gamepad, but for KB/mouse you can only click the red button, there's no keybind. Includes trait menu, DT/DR split, scaling support for icons. As you can see in the first picture, the bottom corner DarN icon, when hovered over, now also gives the NVSE version as well as JIP LN version.

If you are using Enhanced Item Info, you need at least version 1.4.2 or greater of that or you'll have a bad day mixing it with this. 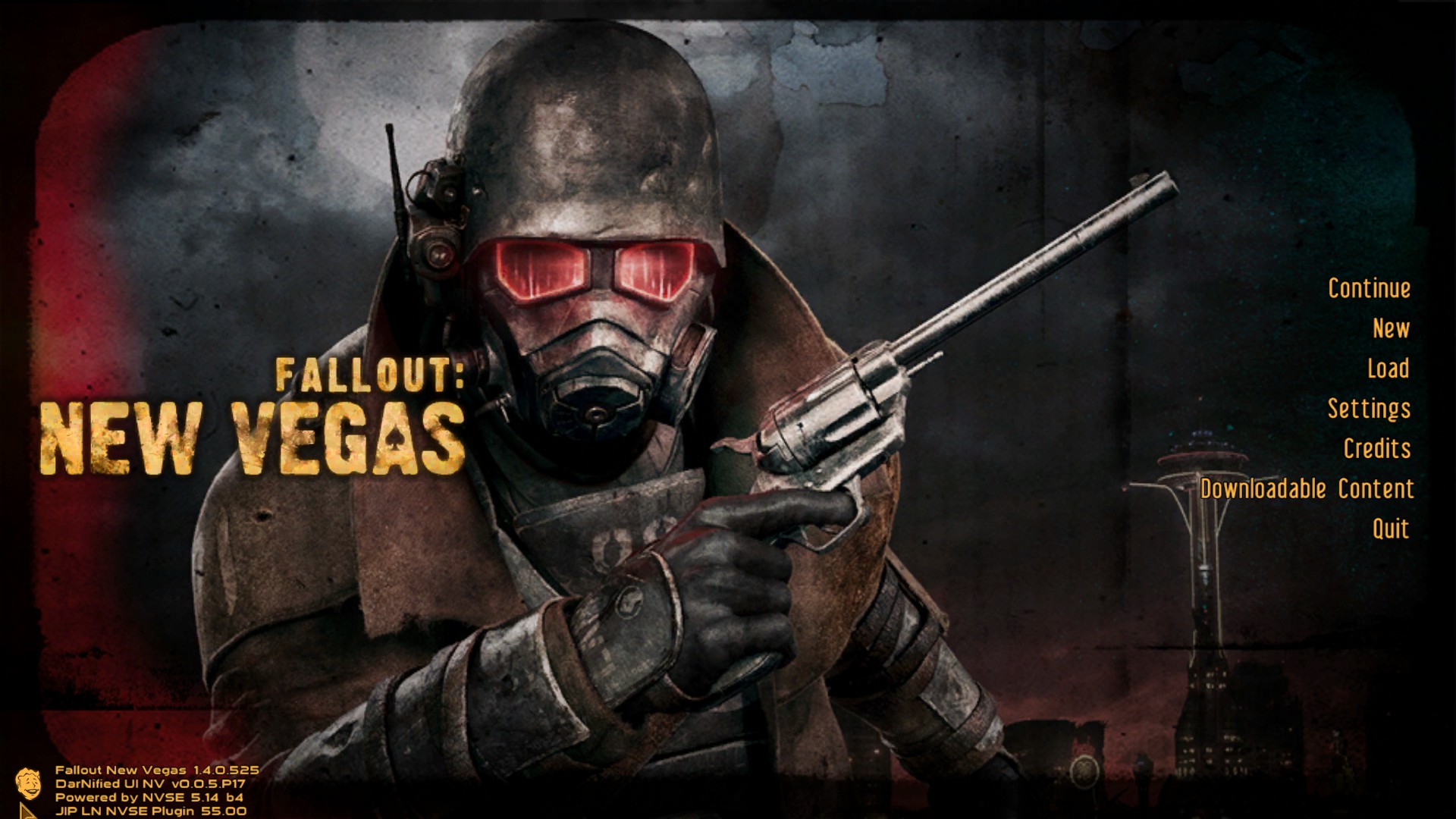 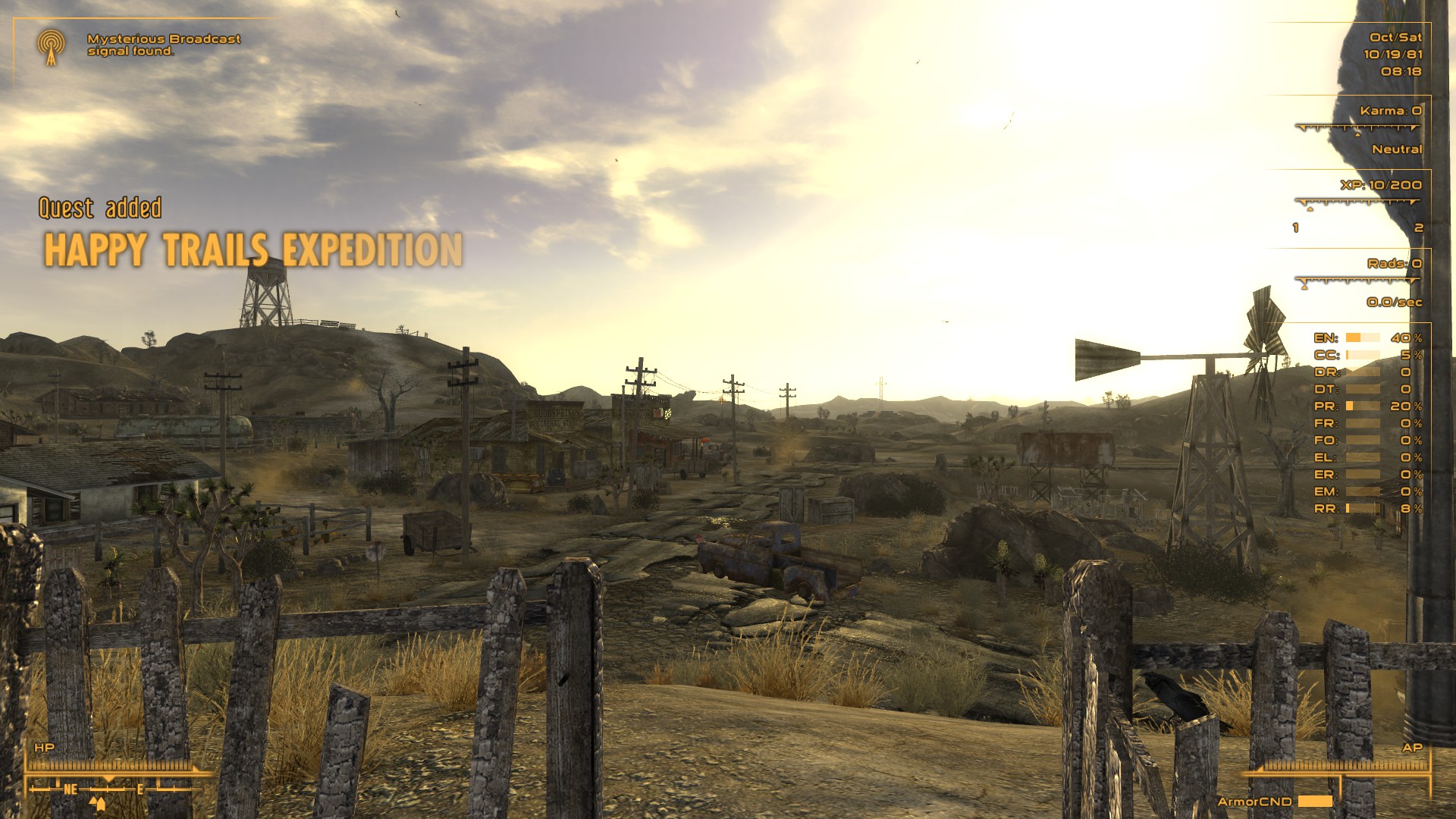 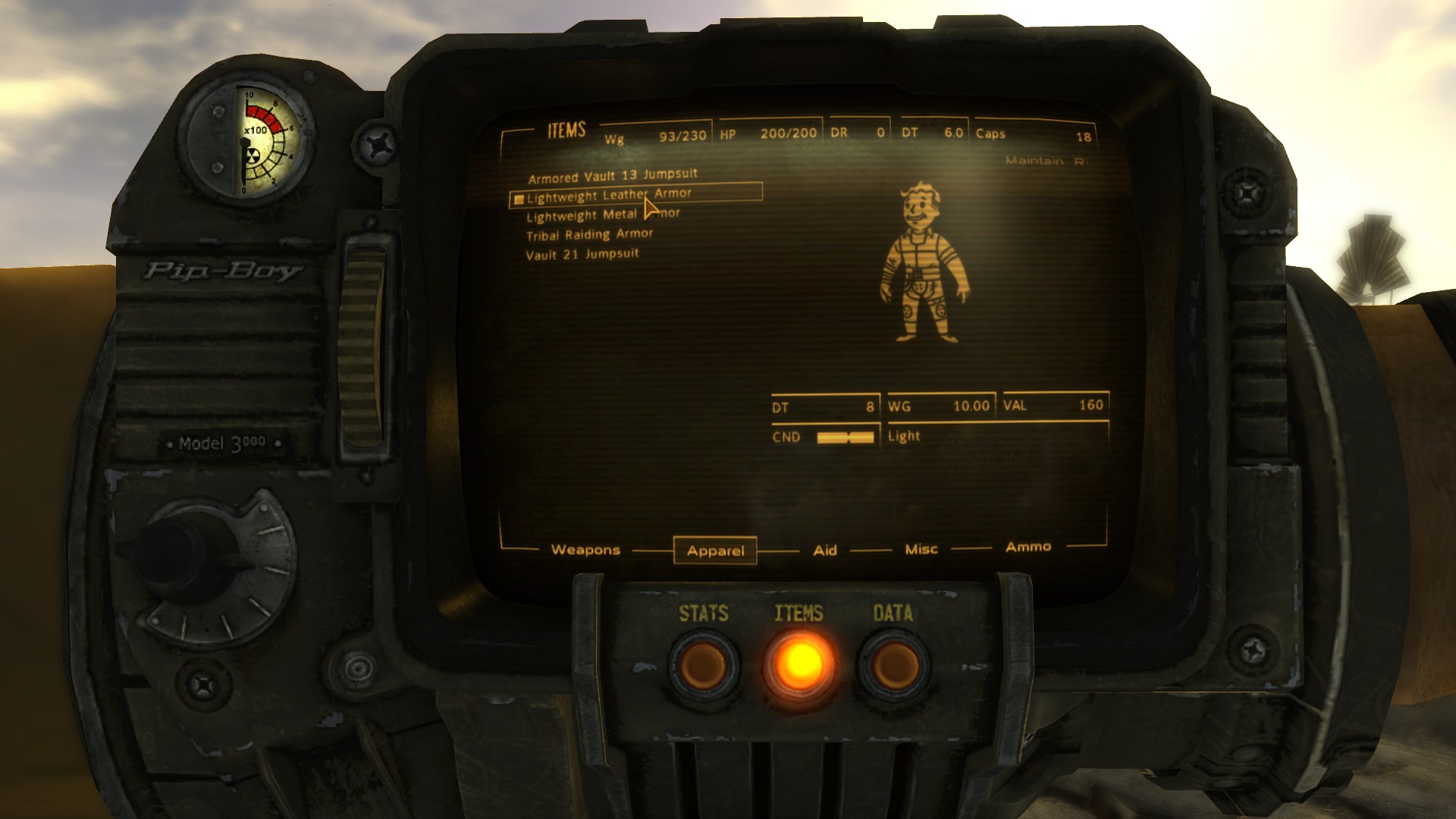 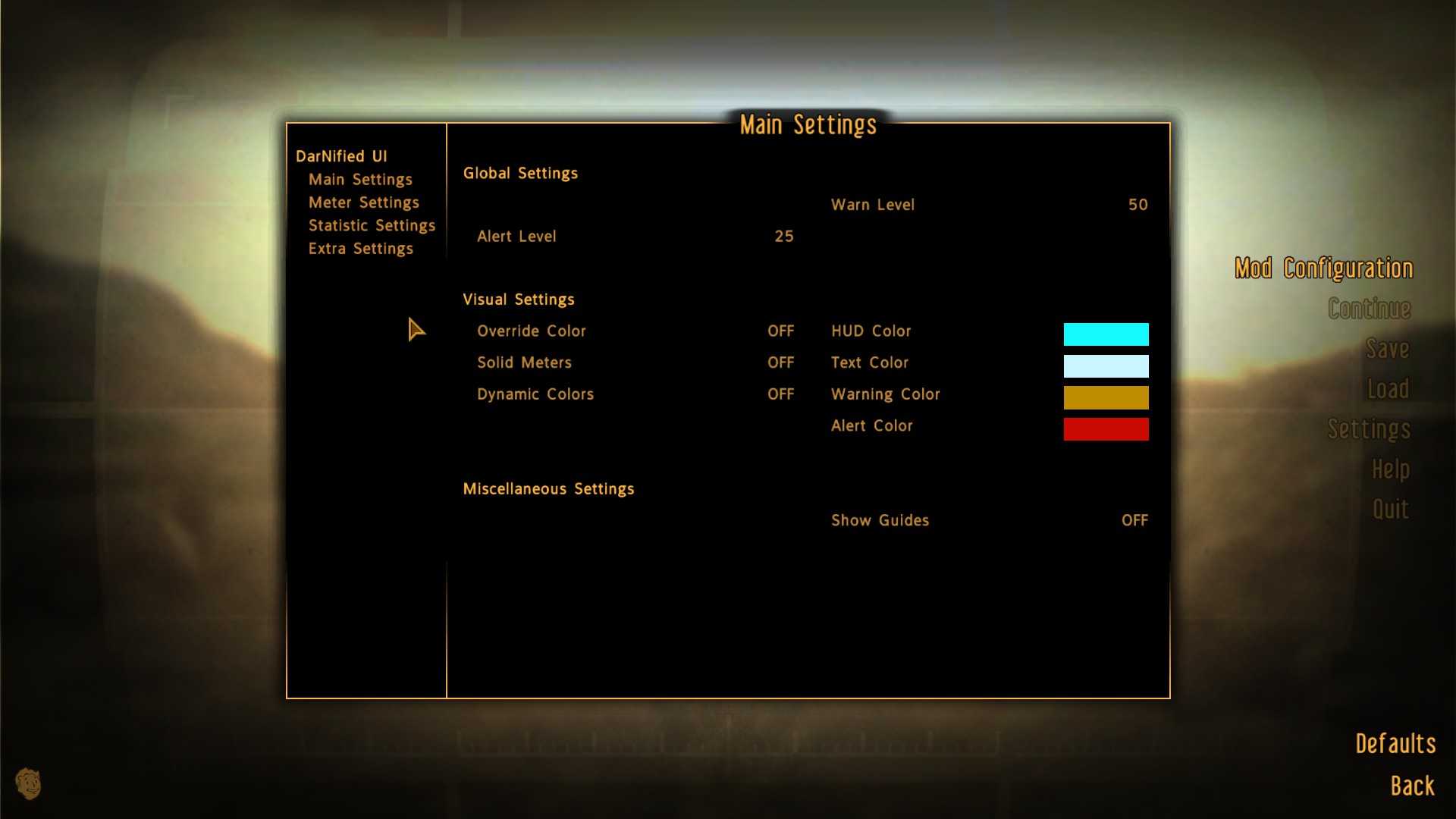 Thank you for this since i have always use Darnified

Wow! Finally this baby is released! Gonna use this in my next play as now I still using VUI+. Quick questions Pintocat, you add scaling support for HD icons but why didn't you add texture preload which also a feature from ItsMeJesusHChrist?
Top

The texture preload causes performance issues, I removed it.

For anyone interested. I patched it to work with the Vault Girl Mod

Amazing! This snuck by me somehow. Thanks for the release!
Top

Thank you, I've installed it on my current playthrough of FNV and it works well. Two thumbs up!
Top

Can you add the option to move the frames?
Top

Hi, do you plan to make a patch for One HUD?

I've tried the original Darnified UI patch but it doesn't work, some UI elements disappear correctly, while others still show.

Thanks to pintocat for sharing their work, and to RoyBatty and all the TTW team for their incredible commitment: TTW really is a masterpiece.
Top
Locked
131 posts