After a wee break, I'm getting into Fallout again. I've updated this mod, now only one .bsa archive is needed thanks to BSArch's -share feature, which reduced the size of the final archive. Also removed all the dirty edits, so the plugin is just an empty .esm used to load the .bsa archives.
Top

FiftyTifty wrote: ↑
Thu Oct 29, 2020 11:37 am
After a wee break, I'm getting into Fallout again. I've updated this mod, now only one .bsa archive is needed thanks to BSArch's -share feature, which reduced the size of the final archive. Also removed all the dirty edits, so the plugin is just an empty .esm used to load the .bsa archives.

Thanks a lot for all your work in this Fifty!
It is a cruel joke that man was born with more intent than life.
Top

Would it be possible to apply this to mods that add/edit NPCs?
Top

Yes, but it involves re-exporting their facegen files from the GECK, after replacing the .EGT files in Fallout - Meshes.bsa. Moreover, the facegen still needs some work before it's properly done.
Top

Hey do you have the .EGT files available for download? I wanna see if they help fix some weird coloration issues in Frontier

I love how this mod sounds and would love a detailed list of how to install this amazing mod. I use MO2 to install all my mods and would like to know what I need to do to get this mod to work. When I install it through MO2 everyone does not have their head or face textures, I'd love some assistance. I suck at modding and have to have a list explaining what to do. I'm pretty sure none of my other mods are conflicting with this?
Top

I've been taking a peek at these replacements. Not sure I understand what I'm looking at. Without fully understanding how this part of the game functions, I expect I'll be putting foot in mouth, but I have to ask anyway.

There are a number of oddities that have me wondering whether they are important. I'll just list them off.

*Flattened details in general. The replacements are closer to a featureless color than to the vanilla specimens they replace.
*No nose features at all. Almost no features outside of the eyes/mouth.
*An alpha channel. The originals are DXT1 and have no alpha. The replacements have one and it looks like this: 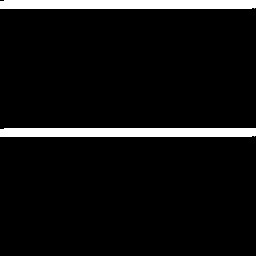 *Probably most important of all, the geometry of the replacements is not a match for the originals: 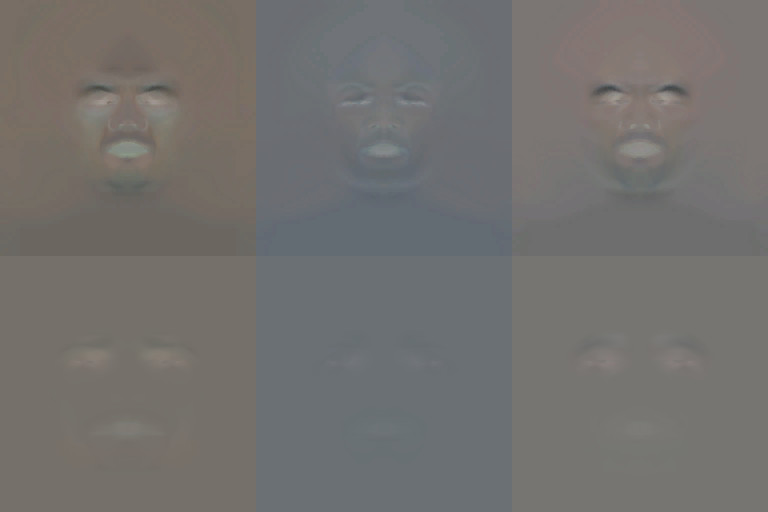 Are these unimportant details? It was mentioned that the app used to generate these was sourced from the Oblivion Nexus. Maybe that is dictating the new geometry and the generally flat detail spectrum, as well as the absence of a nose.
Top

Yeah there's no real way I could figure out what was going on. I replaced various layers with a solid, single colour, and the mixing made no sense to me. All I really did was nab the .egt files from the Oblivion nexus, have them overwrite New Vegas', then generate all the facegen textures for all the NPCs.

Another modder had a proper idea of how things worked, and got something much better going: https://www.nexusmods.com/newvegas/mods/71577
Top
Post Reply
28 posts