Pintocat made these metro map replacers back in 2017.

pintocat wrote:
Thu Mar 16, 2017 7:42 pm
I made some texture replacers for the metro maps used in-game to be actually useful.
I based these on the nice map from here: https://www.reddit.com/r/Fallout/commen ... system_of/

Back then, I decided to grab his mod and take a look at it. Since some users had pointed out that the maps were supposed to be pre-war, it wouldn't make sense that the maps would mention stuff like "Irradiated Metro" or "Ant Queen Hatchery" on them.

So I edited them a bit to add those location names as a more "post-war" thing. Like someone wrote the new locations names over the real pre-war ones. 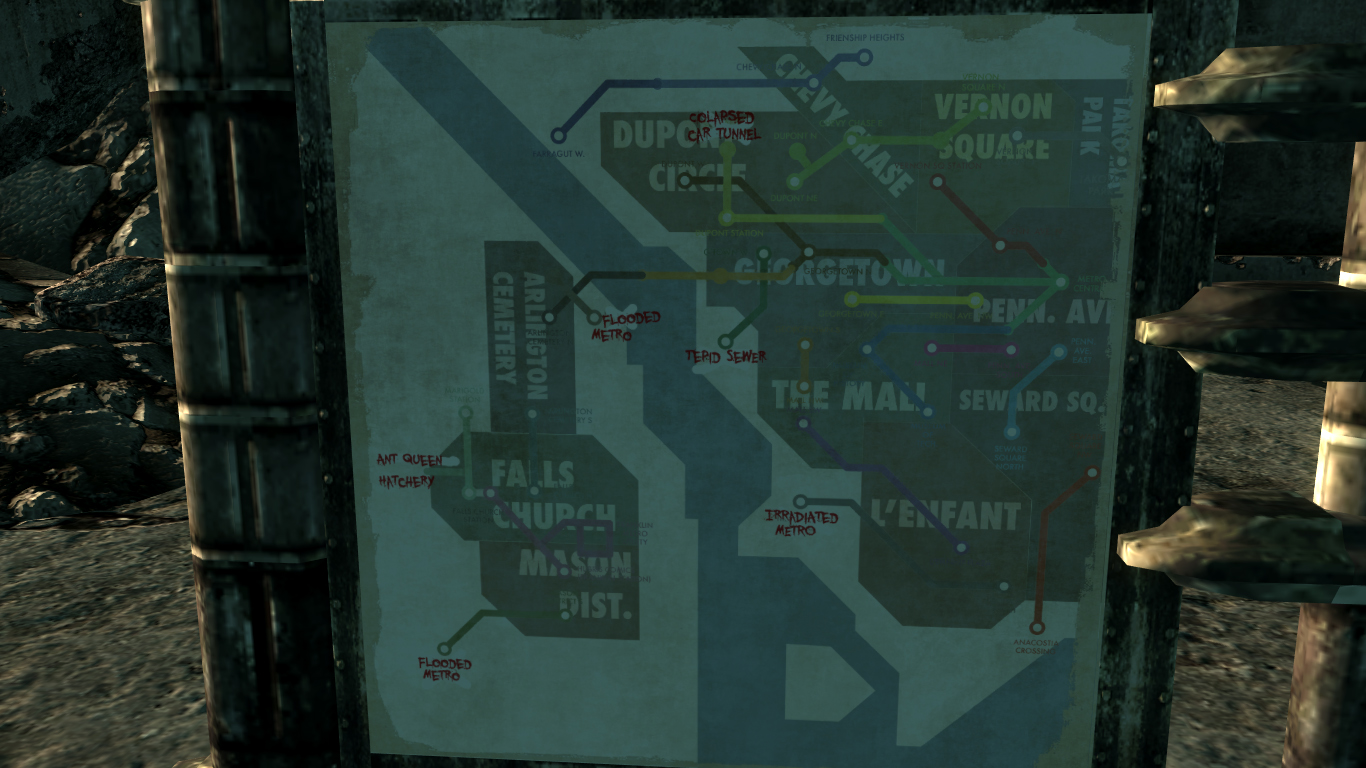 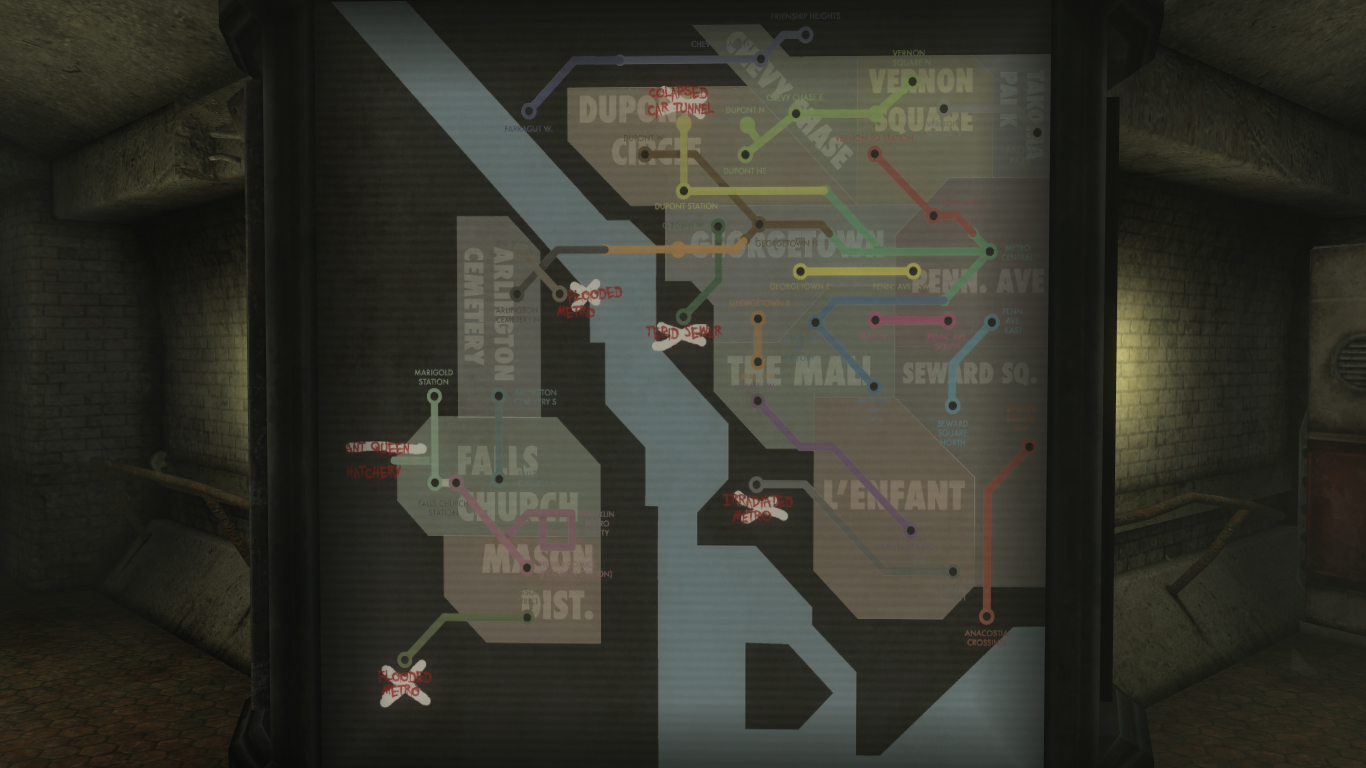